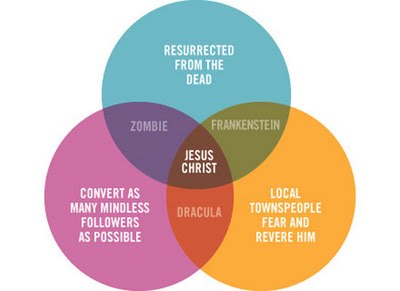 Venn diagrams and matrices getting you down? No clue what “elements” are? Sets on the GMAT have a reputation for being tough, but that’s just because most students are less familiar with them. This GMAT board will fill you in on the basics!

The “Intersection” is an upside-down U symbol, and is the OVERLAP of the sets. That is, the intersection contains all the elements that are in BOTH sets. Notice the Venn diagram is used to show the Intersection.

It makes sense that the symbol for “Union” would be a “U” shape. The Union is always the total combined elements. If an element is in EITHER of the sets, then it’s in the Union.

Sometimes Sets questions will be combined with other concepts, such as percentages. They often will not require fancy Venn diagrams or the ability to use a matrix to solve. Watch this Grockit video to see an example of this. You probably didn’t even know this could be considered a “sets” question! 🙂

Like a Venn diagram, a Sets Table (or matrix) is a great way to systematically organize a lot of information, especially for a Sets word problem. Read through this blog on how to set one up! Notice how the table is set up 3 x 3.

She offers results-oriented online tutoring for the GMAT and the GRE, with a special focus on GMAT Verbal and Reading Comprehension.